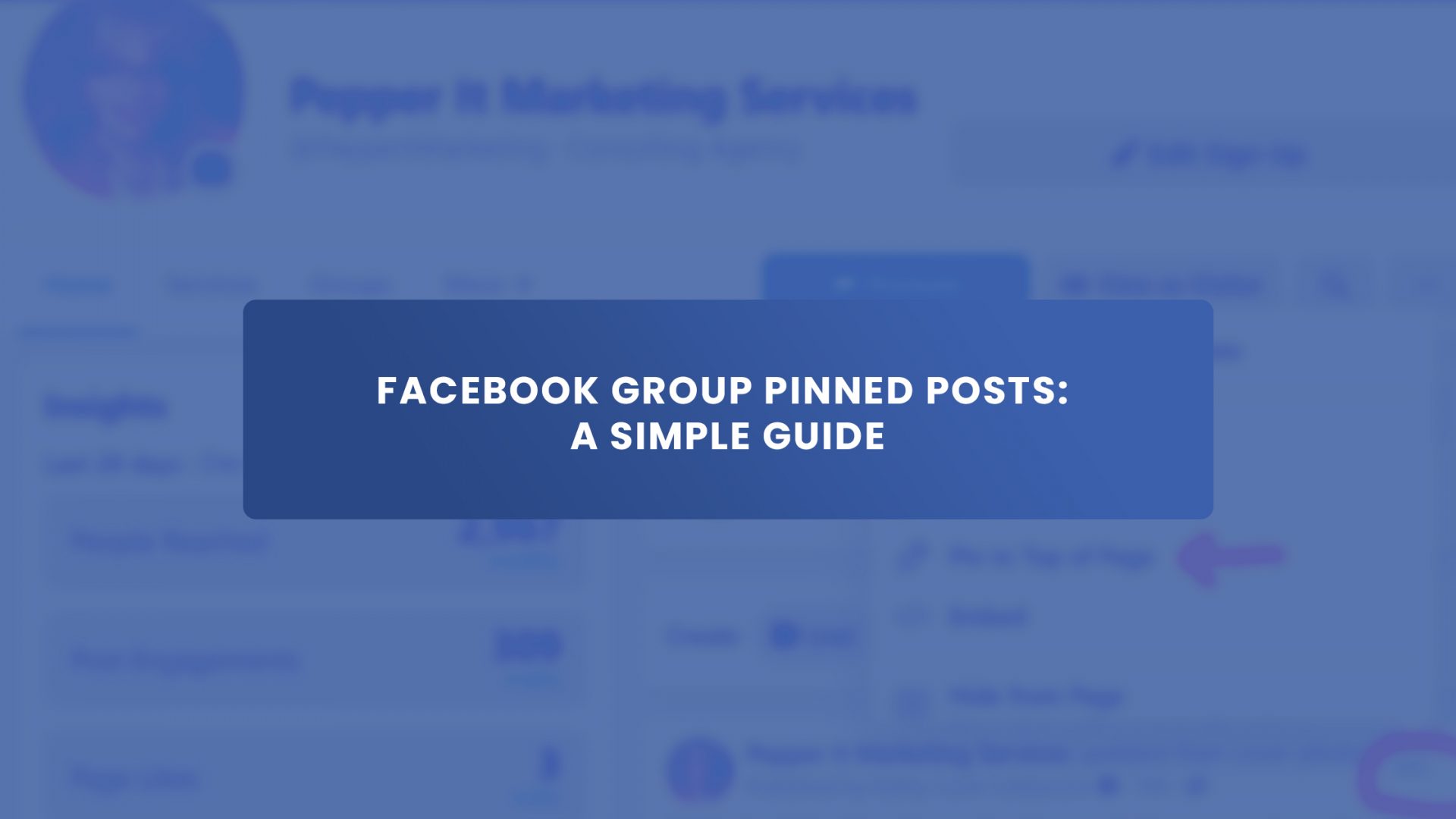 Facebook has become popular among millions as it is more than posting, liking, and sharing what’s on your mind.

Facebook has made community interaction easier. Communities have special rules, announcements, and other notices which need to be kept at the top always so that members can easily find them.

The post will stay at the top of the group’s page unless you unpin it, and the post will be the first thing that group members will see while navigating the group posts.

On the left side of your newsfeed, you will find your groups. Click on your desired group to make a pinned post.

Remember, you can only make a pinned post in that group where you are the admin or moderator.

2. Create a new post and publish it in your group.

How To See & Find Pinned Posts on Facebook Group

Posts pinned to a group will be placed in the “Featured” section. When a member visits the group at the top of the newsfeed ‘featured’ post appears.

If you wish to search a pinned post, you must do it manually. Click on the search bar (the magnifying glass), type in the keyword, and select the post from the list of relevant posts that appear.

Facebook has introduced a new Facebook group feature, Facebook announcements, to let the group members know about the most important updates and notices made in the group.

This feature was introduced in 2018 to facilitate group admins’ and moderators’ communication with the group members.

Facebook group pin posts are allowed to be pinned one post at a time; however, the introduction of a dedicated place named Facebook announcement allows up to 50 crucial updates to be pinned at that place at once.

A pinned post remains at the top only when it is pinned, but an announcement will be at a dedicated slot whether it is pinned or not.

How to Communicate to Facebook Group Using Pinned Posts

Facebook group pin posts facilitate group communication. If any admin wishes to make notice and make it reach all the community members, the admin can simply post and pin the announcement to the group. When a pinned post is created, all the members will receive a notification about the post. The post will appear at the top of the group newsfeed while scrolling. Thus, a notice can be reached to all the group members without sending it to inboxes, and pinning a post will prevent it from getting lost among all other posts.

Don’t forget to check out the Group Leads Chrome extension if you want to generate leads and sales from your Facebook group.

Get everything you need to automate your lead collection and sell more of your products and services.